Prior to 1973 the district was called Dindings. It used to be part of the Straits Settlements then under the administration of Penang. Dindings district became part of the Pangkor Engagement (also commonly known as the Pangkor Treaty), signed by Britain and the British appointed Sultan of Perak, Sultan Abdullah, in January 1874. This agreement was signed to stop bloodshed resulting from two major events, the struggle for the throne between relatives of Perak royalty upon the death of Sultan Ali and Chinese clan wars between Ghee Hin and Hai San to grab tin mining areas in Late Colonial Taiping.

The agreement required the Sultan of Perak to surrender Dindings to the British, to accept a British Resident, Sir JWW Birch, and the appointment of Assistant Resident in Taiping, Captain Tristram Speedy. Sultan Ismail was to step down from the throne of Perak.

In 1937, the Sultan of Perak, Sultan Iskandar Alang successfully appealed to the British for the return of Dindings to Perak. The Perak Government united the former colony with Bruas and coastal areas to the south, forming the Dindings district. In 1973, Dindings district was given the current name Manjung.

In August 2016, Sembilan Island was separated from Manjung District and incorporated into Bagan Datoh District.

The Manjung District is a district in the southwestern part of the state of Perak, Malaysia. The district is well known for its Pangkor Island, a major attraction in Perak and the home of the Royal Malaysian Navy (TLDM) Lumut Naval Base and dockyard. Since the population is increasing, residential and commercial infrastructure is being developed. Dinding was once part of the British Straits Settlements colony.

Seri Manjung town is developing as a well-planned administrative town, housing government buildings such as the Municipal Council Office, National Registration Office, Department of Public Works Office and Immigration Office. The town also has a sports centre and shopping malls. The district is located between Sitiawan and Lumut. 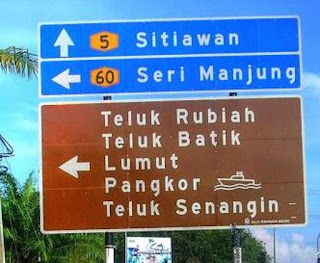 Prior to 1973 the district was called  Dindings . It used to be part of the Straits Settlements then under the administration of Penang. Di...